Mark took over the Weymouth sea front exhibition from his tutor and grandfather, Fred Darrington, which 90 years later continues to enchant visitors with amazing sand creations. He is a World Class Sand Sculptor Master and has exhibited and competed throughout the world.

David is a local businessman and entrepreneur with a background in construction. He was inspired to become involved in the world of sand sculpting following a visit to the Presepe di Sabbia in Jesolo where his good friend Mark was working in 2005. He subsequently became involved with Mark in 2006.

They are both passionate about sculpture and the versatility of sand as a medium to express art. Having worked with the best Sand Sculptors in the World, they were inspired to bring a showcase of their talent locally, for everyone to enjoy. It has taken a couple of years of planning and searching for a place to build Sandworld. When the site was found it was derelict and overgrown. However, in 2 short months, 75 lorry loads of sand, the hard work of some incredible tradesmen and the talent that only the world’s best sand sculptures can deliver, the site is transformed into a showcase of towering sand creations.

Go and visit Sandworld and then come and pop into taste* Chesil for lunch or afternoon tea. Or why not start the day off with a taste* chesil breakfast and then go explore Weymouth and Portland.

Read more about Mark and David here
Visit the Sandworld website by following this link! 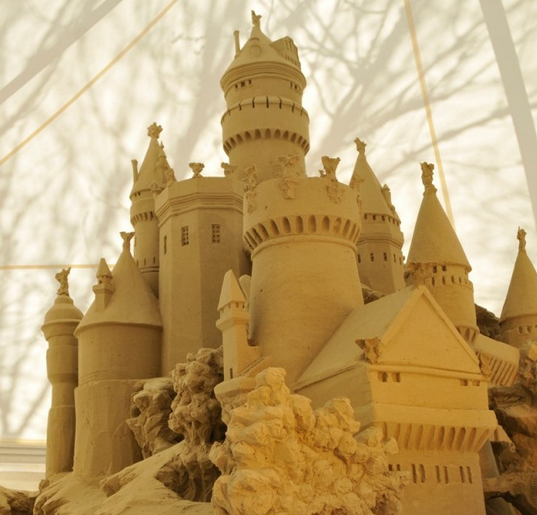